Residential, commercial, and industrial electrical systems pose risks for average people when making repairs and updates. There is always the risk of electrocution that can result in death in severe cases. To avoid these risks, New Yorker’s hire experienced, licensed electricians. Whether it is repairing a grounded electrical system or updating an electric panel, these professionals can handle the job.

Why Grounding Electrical Wires Are So Important

Adds A Layer Of Protection For Connected Devices

Grounding of your electrical system will add a layer of protection for all connected devices. These devices include electronics, appliances, power tools, and lighting systems. When the electrical system is grounded properly, malfunctions of the aforementioned devices will pose minimal risks to all household members.

Many people utilize surge protectors to protect their desktop and laptop computers in the event of a power surge. This is definitely a great way to minimize power surge risks. While most of the risks occur when the power is turned back on, fluctuations I  electricity are always risky.

A surge protector adds another layer of protection for your connected electronic devices. Be sure to consider installing a surge protector where your devices are plugged into electrical outlets.

Electrical surges and outages are inevitable. As much as you would love to avoid them, they can occur without a moment’s notice. With a whole house surge protector system, you can add another layer of protection for your entire home.

When your home was wired for electricity, the electrician should have installed a grounding rod near the electric panel. New York laws require grounding rods in residential, commercial, and industrial buildings. All of your electrical outlets, including a three-prong, should be grounded.

Grounded electrical systems utilize conduit, which is generally constructed of metal to prevent human and animal exposure. In addition to the metal conduit, your electrical system should have a copper grounding rod that is buried in the ground near the electrical panel.

Should I Hire A Licensed Electrician To Inspect My Electrical System?

If your home has undergone an inspection, it is likely your electrical system is grounded. Homeowners with questions regarding electrical system grounding should contact their electricity service provider. You can also contact a local electrician who is licensed with the state of New York.

Most electricians offer free in-home inspections. So, feel free to take advantage of these opportunities to determine if your residential electrical system is up-to-date. If your home is tied into the local electrical grid, it is probably grounded with a grounding wire. 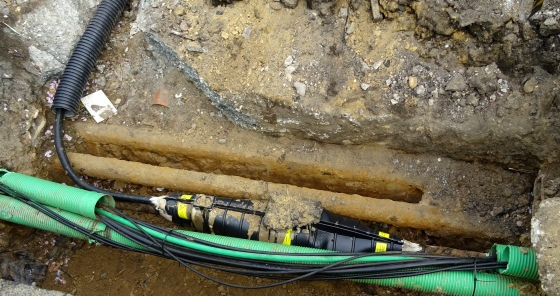